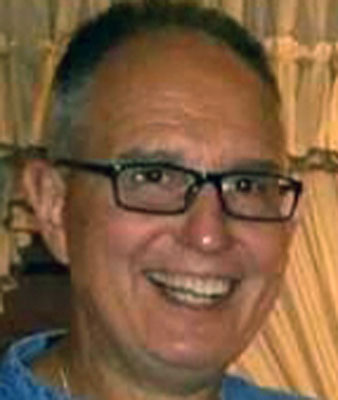 He was born July 15, 1953, in Youngstown, the son of Edward and Evelyn (Hensperger) Stanovcak.

Edward was a graduate of Woodrow Wilson High School and was employed as a clerk with the U.S. Postal Service, Girard office.

He was a member of St. Christine Church and the American Postal Workers Union. He was a longtime member of the downtown Y.M.C.A., where he was a great open division racquetball player. He was an avid golfer (who especially loved the weekend outings with his Linden Hall brothers) and he bowled in several leagues in the area. Edward was a dedicated fan of the Pittsburgh Steelers, the Ohio State Buckeyes, the YSU Penguins, and the Cleveland Indians. For 20 years, he managed the Mill Creek Womens Softball League and managed his own team in the league as well. He loved animals, especially his dog, Awgee-Dawgee, with whom he took daily walks.

He was preceded in death by his dad; two sisters-in-law, Debbie Stanovcak and Shirley Hoover; three brothers-in-law, Steve Katros, Ted Kaplan, and Hermie Minotti; and his in-laws, Herman and Mary Minotti.

In lieu of flowers, donations can be made to the family.

Family and friends may visit the Book of Memories at www.rossifunerals.com to view this tribute and send condolences to Edwards family.

Who will replace Francisco Lindor at shortstop for Cleveland Indians? The week in baseball – cleveland.com

Was the decision to rename the Cleveland Indians wimpy or wise? – cleveland.com

Indians should be in on Yasmani Grandal… eventually
Daily Rundown- January 1st, 2019