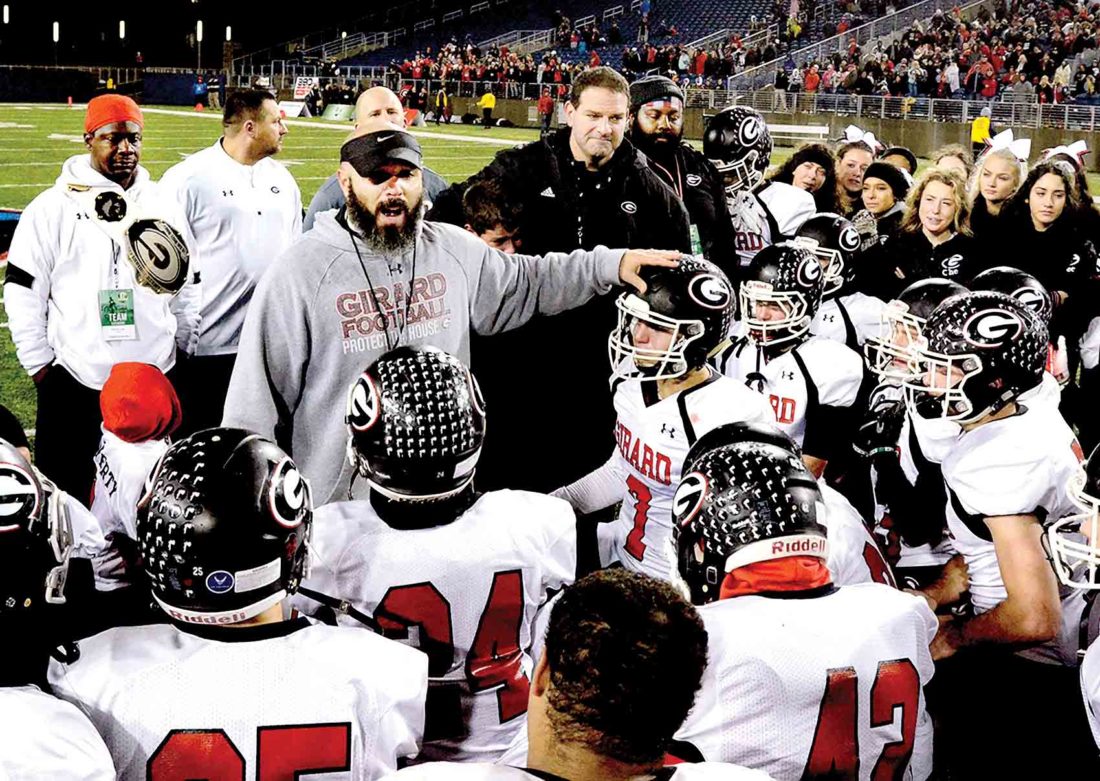 Girard coach Pat Pearson talks to his team after the Indians lost to Cincinnati Wyoming in the Division IV state championship game in Canton.

The progress of two area high school athletic teams on their way to their respective state championship games captured the attention of Mahoning Valley sports fans.

The trips to the state title game for Girard football and Champion softball ranked 1-2 on the Tribune Chronicle list of top 10 local sports stories in 2018.

The Girard High School football team made a run at the Division IV state championship, posting a 9-1 regular season, then winning four straight playoff games before falling, 42-14, to Cincinnati Wyoming in the state title game.

Led by quarterback Mark Waid and a close group of seniors, the Indians stressed how the team and the Girard community was one big happy family. 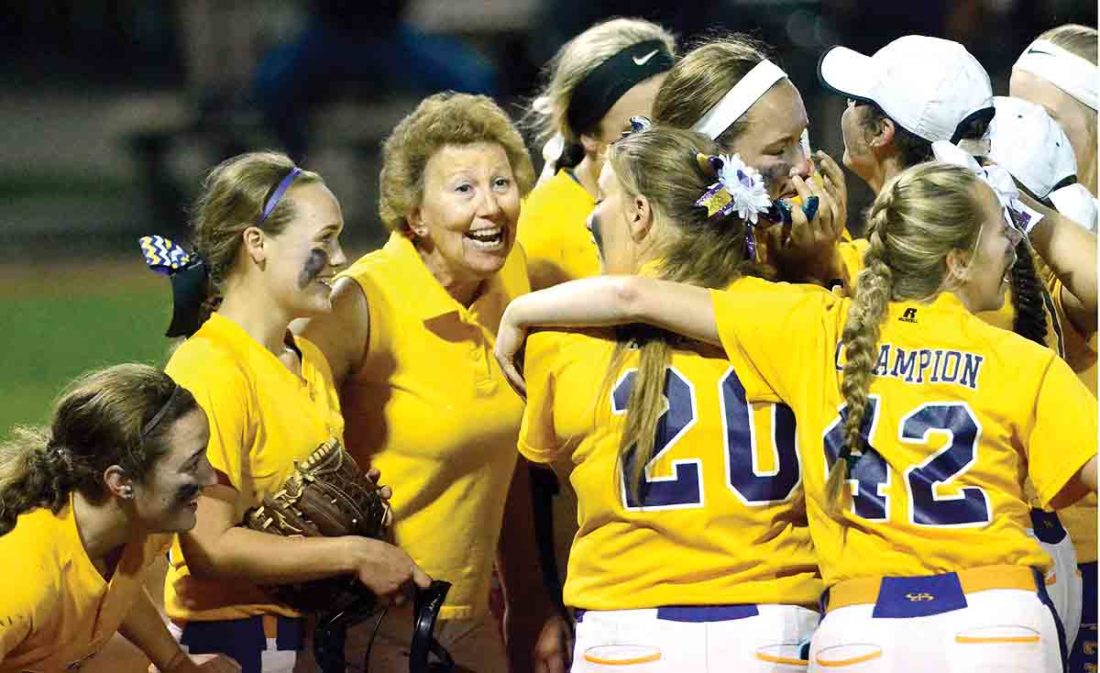 The win over Hubbard avenged the Indians’ only loss during the season, which came in week 2.

The Champion High School softball program continued its winning ways under coach Cheryl Weaver, repeating as Division III state champion with a 9-4 victory over Cardington-Lincoln in the title game.

Champion now has eight state titles in softball, including championship in three of the last four seasons. The Golden Flashes also did a back-to-back in 2011-12, meaning Champion has been champion of Division III state softball five of the last eight years.

High school wrestling may not be considered a major sport by many in the Mahoning Valley, but perhaps that opinion should change.

Football, of course, is the main sport in the eyes of most Valley sports fans, and two local products began the next phase in their careers. Billy Price, from Austintown Fitch and Ohio State, and James Daniels, from Warren G. Harding and Iowa, both were taken in the NFL draft.

Price went to the Cincinnati Bengals with the 21st choice, and Daniels was selected 39th by the Chicago Bears. Both were starters as rookies with their respective teams.

5. Scrappers for a score

The Mahoning Valley Scrappers celebrated their 20th season of existence and made several improvements to the Eastwood Field facility, including a new, improved video screen.

The Cleveland Indians’ minor league franchise also recalled the future major leaguers who played in Niles earlier in their careers.

On the field, the team followed up by qualifying for the New York-Penn League playoffs for the second straight season.

Rookie quarterback Baker Mayfield, the first pick in the NFL Draft, helped the Cleveland Browns end a 19-game losing streak and sparked the team back to respectability, along with interim head coach Gregg Williams, who replaced the fired Hue Jackson in midseason.

LaBrae graduate Peyton Aldridge finished off an outstanding career at Davidson, helping the Wildcats to victory in the Atlantic 10 conference tournament and earning a berth in the NCAA tournament. He later signed with a professional team in Italy.

Cross country is one of those so-called minor high school sports in which Trumbull County has plenty of success.

That continued in 2018 as Badger’s Miranda Stanhope won the Division III state event and Howland’s Vincent Mauri posted the fastest time in the state during the Division I district race at the Trumbull County Fairgrounds.

The Cleveland Cavaliers reached the NBA Finals for a fourth straight season, losing for the third time to the Golden State Warriors.

Shortly after the season ended, LeBron James left as a free agent to join the Los Angeles Lakers.

The Ohio High School Athletic Association membership voted to change the state’s transfer rule, forcing student-athletes who transfer under certain conditions to sit out the second half of a given season ? including the postseason ? rather than the first half.

The move was part of a continuing effort to slow the transfer of student-athletes from school to school strictly for athletic reasons.