The Minnesota Timberwolves have fired coach Tom Thibodeau, halfway into his third season with the team that began with turmoil surrounding All-Star Jimmy Butler, a person with knowledge of the decision told The Associated Press. The person spoke to the AP on condition of anonymity, because the Timberwolves had not yet announced the news. The Athletic first reported that Thibodeau, who was also president of basketball operations with full authority over the roster, had been let go. Thibodeau finished 97-107 with the Wolves, who returned to the NBA playoffs last spring after a 13-year absence. As Butler, Thibodeau’s prized acquisition, forced his way out of Minnesota, however, the season got off to a rocky start to put Thibodeau in a tenuous spot. The move was made about an hour after the team’s 108-86 victory on Sunday over the Los Angeles Lakers.

Fifth-ranked Kansas will be without center Udoka Azubuike for the remainder of the season after an MRI exam Sunday revealed the 7-footer tore ligaments in his right hand during practice. Jayhawks Coach Bill Self said in a statement that X-rays taken after Friday’s practice did not show the severity of the injury. The MRI exam revealed the tendon tear, which is similar to a torn tendon Azubuike had in his opposite hand in December 2016 that sidelined him the remainder of his freshman season. Azubuike, who also missed time earlier this season with a sprained ankle, did not play in Saturday’s lopsided loss at Iowa State. He was averaging 13.4 points and 6.8 rebounds. The injury is a significant blow to the Jayhawks’ interior depth. They already have been playing without sophomore forward Silvio De Sousa, whose eligibility remains in question after his name surfaced in the FBI probe into apparel company adidas.

Kei Nishikori won his first ATP title since Memphis in 2016 with a dominating final set to beat Daniil Medvedev 6-4, 3-6, 6-2 in the Brisbane International final on Sunday at Brisbane, Australia. The 2014 U.S. Open finalist served for the match at 5-1 in the third set, but Medvedev earned a temporary reprieve when he broke the Japanese player’s serve to extend the match. But Nishikori, who had lost nine consecutive ATP finals over 52 tournaments in nearly three years, broke the Russian player’s serve on four consecutive points in the final game to clinch the match in just 2 hours, 6 minutes, at Pat Rafter Arena. Earlier, Karolina Pliskova won her second Brisbane title, beating Lesia Tsurenko 4-6, 7-5, 6-2 after coming within just two points of defeat. Serving for the title at 5-4 Sunday, Tsurenko lost 13 consecutive points. It came after Tsurenko rolled her ankle in the second game of the deciding set. Tsurenko was 4-0 in her previous WTA finals. Pliskova won her first Brisbane title two years ago. Pliskova improved her record in Brisbane to 13-2 and joined Victoria Azarenka (2009, 2016) and Serena Williams (2013-14) as the third woman to win the tournament twice.

Julia Goerges defended her singles title at the WTA Tour’s ASB Classic in Auckland, New Zealand, ending the amazing run of Canadian qualifier Bianca Andreescu 2-6, 7-5, 6-1 in Sunday’s final. At first, the 18-year-old Andreesecu, ranked 152, looked likely to continue the form that saw her emerge from the qualifying tournament to beat Australian Open champion Caroline Wozniacki, seven-time Grand Slam champion Venus Williams and third-seeded Hsieh Su-Wei on the way to her first final. She took the first set in only 30 minutes, unsettling second-seeded Goerges with the same aggressive return game and mixture of strokes which had flummoxed her earlier opponents. But the tide of the match changed late in the second set as Goerges began to put more first serves in play and to gain more depth with her ground strokes, forcing Andreescu onto the defensive. Georges clinched the second set in 45 minutes with a pivotal break in the 11th game, then took the deciding third set in only 23 minutes as Andreescu tired in her eighth match at the tournament. She broke Andreescu in the first, fifth and seventh games to clinch her seventh WTA Tour singles title.

The New York Mets were active Sunday on the trade front. The team shipped catcher Kevin Plawecki to the Cleveland Indians for right-hander Walker Lockett and infielder Sam Haggerty, as well as sending three minor-leaguers to the Houston Astros for utility piece J.D. Davis and infielder Cody Bohanek. Plawecki’s days in Flushing appeared to be numbered once the Mets agreed on a one-year, $3.5 million deal to bring back Travis d’Arnaud rather than non-tendering him due to his lengthy injury history. D’Arnaud turns 30 next month and has never lived up to what many saw as his potential, partly because of his inability to stay on the field.

Marcel Hirscher won the first men’s World Cup slalom of 2019 on Sunday at Zagreb, Croatia, for his 30th career victory in the discipline. The seven-time overall champion trailed Austrian teammate Marco Schwarz after the opening leg but posted the fastest time in the final run before Schwarz straddled a gate and failed to finish. Alexis Pinturault of France was 0.60 behind in second, and Manuel Feller of Austria was another 0.02 further behind in third. Hirscher’s main rival in the slalom World Cup, Henrik Kristoffersen of Norway, finished in fifth place. It was Hirscher’s 64th career victory in all events. Only Ingemar Stenmark (40) and Alberto Tomba (35) have won more slalom races. 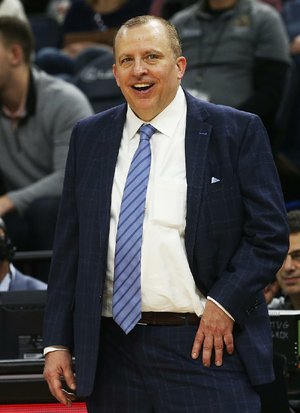 Print Headline: Off the wire

How will Cleveland Indians react after having their souls singed in Saturday’s loss? – cleveland.com