With free agency underway, the offseason is going to pick up steam. What are the big questions facing all 30 teams? Today we look at how baseball’s weakest division, the AL Central, might try to get a little tougher.

The Indians are aiming for a fourth straight division title, but they might try to do it without two-time Cy Young winner Corey Kluber as they reportedly will listen to offers for one of their starters. The emergence of Trevor Bauer into an ace-level starter and Mike Clevinger into a 200-inning workhorse — plus a solid rookie season from Shane Bieber and the pending arrival of top prospect Triston McKenzie — would allow the Indians to deal from strength. 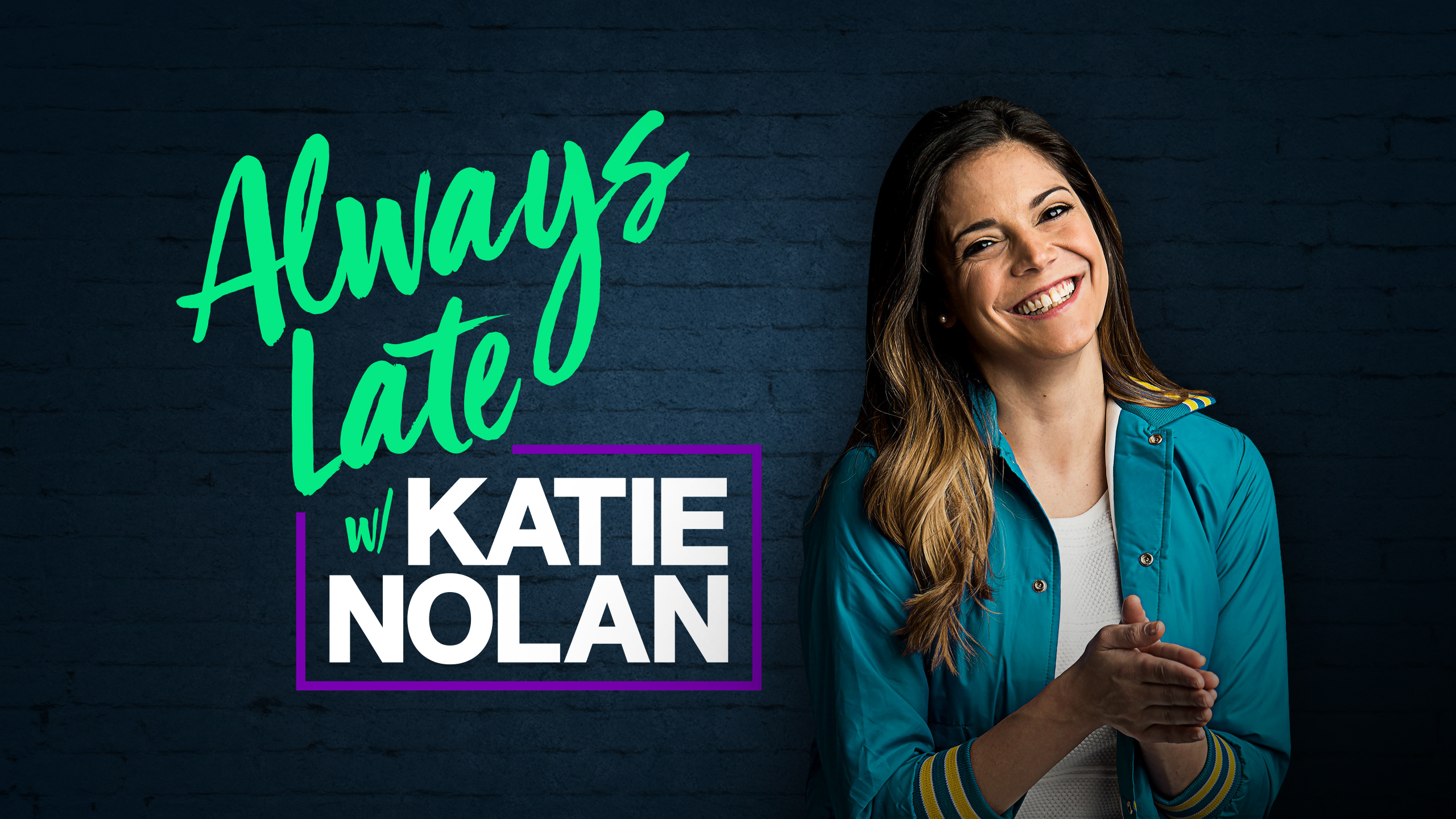 Always Late with Katie Nolan is a late-night sports comedy show covering the big (and small) stories of the week. Watch on ESPN+

Kluber will be 33, but he’s a Cy Young finalist after going 20-7 with a 2.89 ERA in 2018. He’s signed through 2021 (including club options for 2020 and 2021) at below-market rates for a pitcher of his caliber, so he’s an attractive trade target. The Indians also might need to trim payroll after increasing it about $50 million since 2016. They’ll be looking for outfield help and some bullpen arms to replace free agents Andrew Miller and Cody Allen. Even with Michael Brantley, who is a free agent, their outfield ranked 21st in the majors in wOBA in 2018. — David Schoenfield

Minnesota Twins: Will they be players in free agency?

Depending on what they do with Miguel Sano — he’s currently listed at first base on the team’s depth chart — they’ll have openings at second base and third base, and maybe first. They need help in the bullpen and another proven starter to line up with Jose Berrios, Kyle Gibson and Jake Odorizzi would be nice. The free-agent market is loaded with second and third basemen, so the Twins are in good shape to find help at those positions. The big question: Will they go big and use their payroll flexibility to make a run at Manny Machado, Bryce Harper or Patrick Corbin? — Schoenfield

The Tigers went 64-98, a .395 winning percentage, for the second straight season. It doesn’t seem there will be much better results in 2019, but there are still plenty of things for the Tigers to mull over in the offseason.

One of the biggest questions the team faces in planning for 2019 and beyond is what can be expected out of Miguel Cabrera. The slugger is signed through at least 2023, with a potential buyout for 2024 and 2025. Cabrera had two separate DL stints in 2018, first for a right hamstring strain in May, then for a ruptured biceps tendon, which ended his season in mid-June, just about two weeks after he returned from the first injury. He played in a career-low 38 games.

In that small sample in 2018, Cabrera did have a 94.4 mph average exit velocity according to Statcast, which would have been his highest in the four years Statcast has tracked the number. But with that based on only 108 batted balls, it’s hard to know if that would’ve stood up for a full season. — Sarah Langs

Chicago White Sox: Is the timing right for a big splash?

There are different components to any good rebuilding plan. One that is too often overlooked is the cleansing of the payroll. The ideal for a team such as the White Sox is not just to acquire enough prospects to fill out a future roster, because that almost never happens. The miss rate on prospects is simply too high. That’s why it’s also crucial to clear away onerous salary commitments, leaving flexibility to fill in the gaps around the waves of talent you hope will hit the big league roster.

The White Sox are still waiting for those waves to crash to shore, but the payroll cleanse is all but complete. That means Chicago can go heavy on any premier free agents it sees as being a fit for the long term. That puts a special premium on pre-peak free agents who hit the majors at a tender age, which is why there is so much curiosity about whether the White Sox will emerge as a fit for Bryce Harper, Manny Machado or both.

The possibilities are tantalizing. If Chicago were to land both, as early as the latter part of next season they could field a lineup almost entirely of position players in their early to mid-20s — plus Silver Slugger first baseman/DH Jose Abreu — with plenty of organizational depth behind them. Tim Anderson, Yoan Moncada and Eloy Jimenez would be the start, augmented over the next couple of years by other high-grade prospects such as Zack Collins, Jake Burger, Luis Robert, Nick Madrigal, Micker Adolfo and Blake Rutherford.

There is lots of starting pitching in the pipeline as well, and GM Rick Hahn has proved to be pretty adept at finding bullpen solutions. But that position player group — with Harper and Machado in the middle of it — looks amazing. Will the representatives of those premier free agents agree? Mr. Boras? — Bradford Doolittle

The Royals’ first rebuilding “process,” as it was sometimes sarcastically referred to, was a painstaking endeavor that unfolded over about eight years from the time that Dayton Moore took over as Kansas City’s general manager in 2006. With his team plummeting to 104 losses last season, Moore might seem to find himself back at square one. 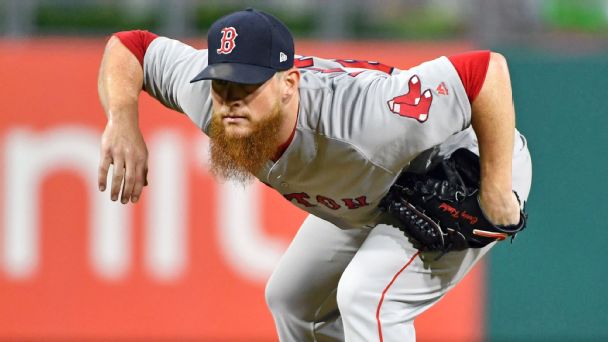 However, this time around, Moore is seeking to shorten the “process” considerably. His recent trades have tended to target big-league-ready prospects and young veterans, rather than high-upside, high-risk teenagers. In the draft, he went big on college pitching. He went huge on college pitching, in fact, taking five college starters among the first 58 picks of the 2018 draft.

The difference between the first-half and the second-half Royals last season was immense. The first-half version went 27-68, with a .667 team OPS and a 5.40 ERA. The second-half version was 31-36 with a .740 OPS and a 4.30 ERA. Shortstop Adalberto Mondesi emerged as a potential star. Righty Brad Keller emerged as one of the top rookie pitchers of the season. In both innings pitched and plate appearances, the turnover in personnel between halves was about a third of the roster.

It’s only a start and ultimately, the success of the Royals’ scheme will depend on the success of all those advanced arms from the 2018 draft. It will depend on the premium picks K.C. will have this June, including the No. 2 overall selection. But for the time being, it seems possible that the long dark age in Royals baseball that looked as if it were inevitable might be illuminated faster than anyone thought. — Doolittle

Triston McKenzie gains confidence in how his pitches play in the strike zone for the Cleveland Indians – cleveland.com

The Cleveland Indians are changing their name to the Cleveland Guardians. The Editorial Board Roundtable reac – cleveland.com

The inside story of how Cleveland Indians became Cleveland Guardians – Terry Pluto – cleveland.com

On Josh Naylor’s ‘big heart’ and 5 other things about the Cleveland Indians – cleveland.com

Roberto Perez is back and three other things about the Cleveland Indians – cleveland.com